Lynda Hopkins was elected to the Sonoma County Board of Supervisors in November 2016 before taking office and being sworn in as part of the Board's first female majority in January 2017.  During her first term in office, she's led Sonoma County during times of disaster between flooding along the lower Russian River and the 2017 & 2019 wildfires, while also taking action to address critical quality-of-life issues related to affordable housing, homelessness, road repair, environmental protection and rural community representation, among many others.

Before joining the Board of Supervisors, Lynda was an organic farmer, former community journalist with Sonoma West Publishers and graduate of Stanford University (Bachelor’s Degree in Coastal Land Use & a Master’s Degree in Land Use Policy).

After graduating from Stanford, Lynda and her husband Emmett moved to the Russian River Valley to farm vegetables on the family property where he grew up. They got married, started a family, and began searching for a special place where they could live near the fields and raise their children. Lynda and Emmett found that special home just down the road from the farm, in the small town of Forestville.

As the owner of Foggy River Farm in the Russian River Valley, Lynda worked with her husband to grow their small business to supply fresh, locally-grown organic produce to farmers markets throughout Sonoma County, including the Sebastopol Farmers’ Market and West End Farmers’ Market. The farm’s mission was to “grow food that is good for our souls, our bodies, and the land.”

Currently, Lynda manages the responsiblities as 5th District Supervisor while raising her three children with her husband Emmett. Together, they have two daugthers, aged 7 and 4, and an infant son born in January 2019. 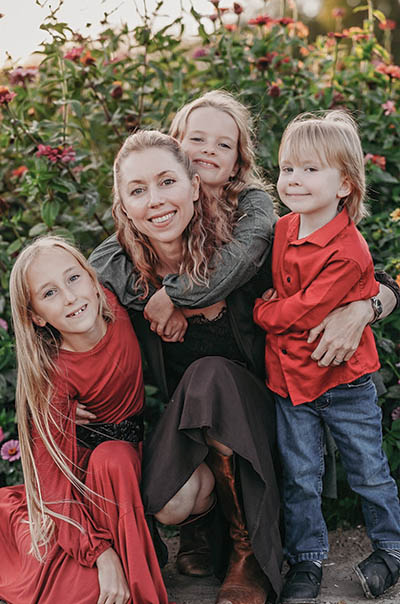